Now,  A biochemist is not a teacher who has specialized in biology and chemistry, that gap is too wide and there exists no relation at all.

Master all essetials of Biochemistry for undergraduate level

Understanding of most if not all of fundermental topics in biochemistry

The course is delivered in English

In this module we review the topic of ionization in terms of equilibrium constants, pH, and titration curves, and consider how aqueous solutions of weak acids or bases and their salts act as buffers
against pH changes in biological systems.

Proteins are the most abundant biological macromolecules, occurring in all cells and all parts of cells. Proteins are the molecular instruments through which genetic information is expressed. All proteins, whether from the most ancient lines of bacteria or from the most complex forms of life, are constructed from the same ubiquitous set of 20 amino acids, covalently linked in characteristic linear sequences.

Because each of these amino acids has a side chain with distinctive chemical properties, this group of 20 precursor molecules may be regarded as the alphabet inwhich the language of protein structure is written. What is most remarkable is that cells can produce proteins with strikingly different properties and activities by joining the same 20 amino acids in many different combinations and sequences. From these building blocks different organisms can make such widely diverse products as enzymes, hormones, antibodies, transporters, muscle fibers, the lens protein of the eye, feathers, spider webs, rhinoceros horn, milk proteins, antibiotics,  and other substances.

In this topic we begin with a description of the fundamental chemical properties of amino acids, peptides, and proteins. 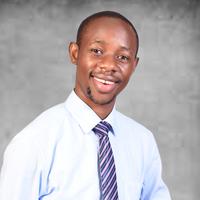 A graduate from the school of Medicine with a degree in Biochemistry.

We support trainers and educators in a variety of settings including organizations, universities and colleges to prepare and deliver digital content in a manner that compliments the regular face-to-face engagements and hence boost interactions and learning.